AP vs Chicago Manual of Style: Which Stylebook is Right for You? 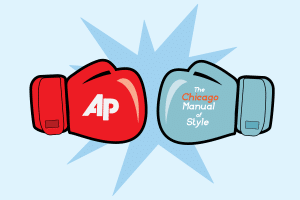 I remember one of my first days in journalism school, when I learned we wouldn’t be using Oxford commas. You know, the ones that make it so that you don’t end up with a sentence that reads:

“I love my parents, Bill Clinton and Madonna.”

Thank goodness those aren’t my parents. But AP style allows it to read that way.

I spent the next 4 years ruthlessly editing out those suckers, despite it being against my own beliefs.

That brings me to the main topic of this post. Should you use an Oxford comma or not? When do you write out numbers as opposed to just using the numeral?

These are questions only a stylebook can answer. If you are producing content with any regularity, you likely have more than one person producing it. This often leads to inconsistencies throughout a blog. But it doesn’t have to.

That’s where stylebooks come in. Major content producers, like large media outlets and even marketing companies, have their own stylebook to set a consistent tone throughout their content. Most of these are established by first choosing between either the “AP Stylebook” or the “Chicago Manual of Style” as a base reference material.

What’s the difference? How do you pick the stylebook that’s best for your brand? 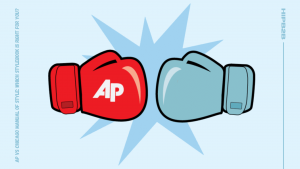 As its name suggests, the “AP Stylebook” is born from the Associated Press, established in 1846, as one of the most trusted wire services in media. Its first style guide was released in 1909, under the title “The Associate Press Rules Regulations and General Orders.”

Its age and background mean that its style is derived from the world of print newspapers, where clear, concise writing meant saving space and money at the printers. While those traditional constraints are now out of date with the rise of digital media, the direct style of writing nods to its paper past.

This comes out in various forms throughout the stylebook:

Common Usage: Most people who write articles, blog posts, and obviously news stories will use this style. 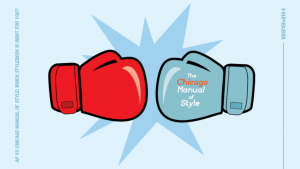 The Chicago Manual of Style

The first edition of the book was 203 pages, which has since evolved into a book that is more than 1,000 pages. It covers much more than the AP Stylebook, which generally covers only common words and their usage. This style guide is used in most long-form publishing.

There are several distinctions that are made in the Chicago Manual of Style:

There are a lot more differences than the handful I listed above. I recommend this blog, which is solely dedicated to the differences between the two stylebooks.

Common Usage: Long-form writing, fiction, and academic writing all commonly use this style. 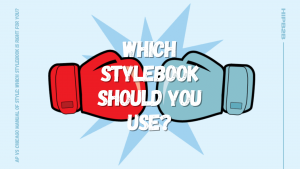 Which Stylebook Should You Use?

At some point during every content-producing company’s journey, there comes a time where it becomes necessary to pick a stylebook.

Which one should you pick?

The short answer is: whatever your audience would pick if they had the option.

The longer answer to this question involves getting into the heads of your potential prospects. You know, like every other piece of advice in marketing. If you’re stumped, turn to your audience, because they might care more about a style than you.

For example, if your prospects and audience are teachers or professors, they will prefer the CMOS over AP style. They are used to reading papers written in this style and when they do their own work that is the stylebook they will use

For most other people, the AP stylebook is a better fit. This extends not just to the people who write in AP style on a daily basis, like journalists and PR professionals, but people who wouldn’t care what stylebook is being used. The kind of articles that the average person will read on a daily basis are written in AP style. Follow the format they will most likely perceive as “correct.” 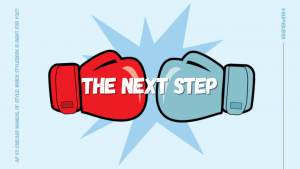 After you’ve picked a stylebook that fits most of your needs, you might notice that certain guidelines just don’t make sense with your branding.

Maybe it’s the way the CMOS addresses the word “email.” AP recently changed from “e-mail” to “email,” but CMOS has continued to spell it as “e-mail.”

This is why most companies have a stylesheet, which is basically a document that mentions at the top which one of the popular stylebooks your company uses, then goes on to list its own personal exceptions to that stylebook. The HIPBlog made the choice to start using Oxford commas in all cases. For us, the added length is nominal and the added clarity is worthwhile.

Hubspot has a nice guide to creating a stylesheet with exceptions and deviations from your primary reference materials.

Why is it important?

Consistency. Unless your audience is composed of fellow writers or grammar teachers, they will likely not take note of the stylebook you are using. But consistency is important in writing, both throughout articles and across your blog. It makes sure you spell out all the numbers below 99 in your article or just those below 10.

As you take on more writers, many writers worth their salt will ask you which stylebook your company uses. If they don’t, be sure to inform them. This helps ensure that your writer is following the same style guidelines as everyone else, which in turn makes your editor’s job that much easier.

Let us know in the comments section: 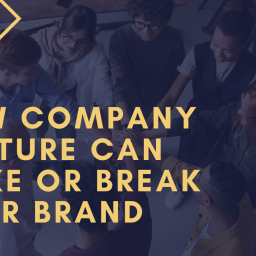 How Company Culture Can Make or Break Your Brand 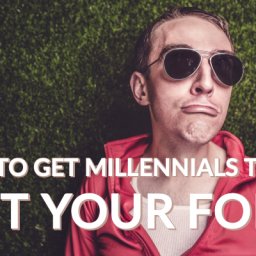 How to Get Millennials to Fill Out Your Forms

They grew up on the internet, creating content before it was called content. They were watching Potter Puppet Pals and…

Writing great content is one thing, but it’s another thing to get that content read and ranked. That’s where the…

Building and strengthening brand-to-consumer relationships is a marketing no brainer. But understanding the necessary elements to facilitate this process is…

As you know, SEO is a critical component of any inbound marketing strategy. And over the past few years, there… 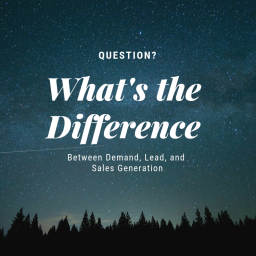 What’s the Difference Between Demand, Lead, and Sales Generation?

A lot of marketers online use some of the following words interchangeably. They are: Demand generation Lead generation Sales generation…

Ascend2’s Todd Lebo has been in marketing a long time. How long? Long enough to see marketing move from snail… 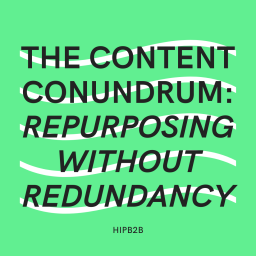 […] make these choices grounded, consider choosing and creating a stylebook for your […]

Loading...
Transform Your Writers Into Editors With These 5 Steps | Hip Blog
Reply

[…] an online subscription). If you haven’t picked a stylebook yet, I would recommend reading this post about picking and creating your own stylebook and […]

[…] you need to adopt a stylebook, then tweak it to reflect your business and […]